what is the keto diet & explain keto diet (Best Benefits)

Contents hide
1 What is the Keto Diet?
2 How Does the Keto Diet Work?
2.1 What Exactly Is A Ketogenic Diet?
3 BENEFITS OF THE KETO DIET
4 Conclusion

What is the Keto Diet? 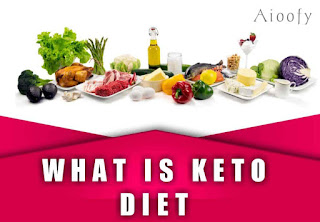 You may have heard of the high-protein, low-carbohydrate Atkins diet. The keto diet keeps carbohydrate levels low, but instead of ramping up the amount of protein in your diet, the keto diet increases the amount of fat. A typical keto diet aims for meals with 75% fat, 20% protein, and 5% carbohydrate. Eating a high-fat diet can still mean eating healthy. Keto diet menu items often include seafood, meat, dairy products, eggs, vegetables, and nuts. With the increased popularity of the keto diet, keto recipes are widely available.

How Does the Keto Diet Work? 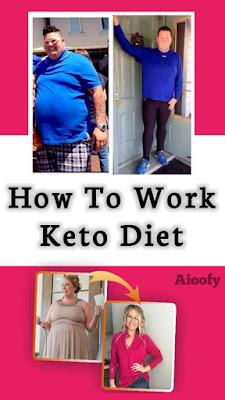 The keto diet takes advantage of the fact that when your meals are high-fat and low-carbohydrate, there is no insulin spike, and you don’t add to your fat reserves. Instead, fat from diet and stored fat are broken down to ketones (“keto” is short for “ketogenic” producing ketones). Like glucose, ketones can be used for energy, keeping your body running without increasing blood sugar or putting on excess fat. The benefits of the keto diet can be huge.

What Exactly Is A Ketogenic Diet?

The keto program recommends a diet that is low on carbs, moderate on protein and high in fat. The idea is to fine-tune nutritional intake in order to send the body into the metabolic state known as ketosis.

The body enters a state of ketosis when it no longer has stores of glycogen sugar to fuel its energy needs. With sugar out of the way, the body has no choice but to tap its stores of fat to get by. The liver converts fat reserves into ketones to present to the body as an energy source. This is why the keto program is a good way to lose fat.

BENEFITS OF THE KETO DIET

Unlike other diets that offer practitioners a weight loss benefit and little else, the keto diet comes with several benefits.

Without a doubt, weight loss is the primary goal of the keto diet. It works because it makes the body look to its fat reserves to power its metabolism. It can be interesting to go deeper into the process, however.

When the body is deprived of carbs, it enters a state of ketosis. Blood sugar and insulin levels fall when that happens. As the body taps the energy in fat cells, they release considerable quantities of water, making for some great weight loss. The fat cells are then able to enter the bloodstream and make their way to the liver, where they are turned into ketones for energy processing. As long as your diet allows you to stay in a caloric deficit, you get to enjoy the weight loss benefits of the keto diet.

Okay, so this one isn’t so astounding, but it is one of the most common reasons people embark on the keto diet. So why is weight loss usually so easy on the ketogenic diet instead of other regular diets? For all of the following reasons:

• The keto diet is composed of approximately 75% fat, 20 % protein, and 5% or less carbohydrates. The high fat content and lack of sugar means diminished cravings, lack of blood sugar swings and binges, and increased satiation. Increased satiation=eating less. Many people also have food sensitivities to grains, even gluten-free ones, so eliminating them may lead to an increased ability to absorb minerals like magnesium and potassium, which in turn means your body is more nourished and you have fewer cravings

IMPORTANT: The ketogenic diet is not a free-for-all eat however much cheese or super low-carb fat bomb treats you want diet. If you are eating way more calories than you need, you will not lose weight. So focus on keeping your diet around fatty cuts of grass-fed meat, butter, eggs, avocados, lots of green veggies and cruciferous, and be modest with the keto desserts, dairy, and sweets.

When your diet isn’t heavy on carbs, you’ll find that you don’t crave as much food as before. Many people who get on the keto diet are able to fast most of the day, and only eat at mealtimes. They are simply not as hungry as before.

When you choose a regular diet that puts carbs into the body, your brain has to deal with the rise and fall in sugar levels that happens as a result. Inconsistent energy levels can make it hard for the brain to focus. With the keto diet, however, the energy source is constant and consistent. The brain is better able to stay focused.

When you are on a regular diet, your body is always on the verge of running out of energy. You need to constantly eat and refuel. With a keto diet, however, the body taps its fat reserves, a nearly unending energy source. The body, then, is able to maintain constant energy levels throughout the day. The result is, you end up feeling a lot more energetic

When you suffer from Type II diabetes, your body experiences high levels of insulin. Since the keto diet takes excess sugar from your diet, it helps stabilize HbA1c counts, and reverse Type II diabetes

The keto diet can change a person’s life. It isn’t a difficult diet to get on, either. There are plenty of great recipes for the keto diet. All it takes is the willingness to give it a shot.

A poorly functioning brain, as you may have already experienced, leads to lessened work productivity, which in turn means an unhappy boss, lack of job satisfaction, sugar cravings for energy, and depression. It’s a horrible domino effect. The original ketogenic diet was formulated by Dr. Russell Wilder in the early 20th century to treat epilepsy. The success rate was phenomenal and it is still used today to treat epilepsy and other brain disorders. Research also indicates that ketones are more efficient brain fuel than glucose. (Source: https://www.ncbi.nlm.nih.gov/pmc/articles/PMC5102124/)

Since carbohydrate intake is limited, blood sugar and insulin levels are lowered. This is particularly important for people with type 2 diabetes, which causes a buildup of glucose in the bloodstream. The keto diet can be used to reduce or eliminate the need for diabetic insulin injections.

If you’re reading this article now, chances are you are in some sort of pain, whether physical and/or mental (being overweight, struggling with autoimmune disorders, thyroid disease, fatigue, brain fog) and want to change. Use this information, don’t just skim through it and store it in the back of your brain and say “that’s nice for some people”, motivate yourself to change.